Nkanu people live contigually within the Enugu East Senatorial zone of the present-day Enugu Sate of south-east Nigeria. They are predominantly farmers. The area lie approximately between latitude 60 30’ North and longitude 70 30’ East, and stands on an estimated excavation of about 763 feet above sea level. According to sources from the defunct State Ministry of Works, Land and Transport, Nkanu clan occupies an area of about 1602. 22 square kilometres.

Nkanu land shares border in the East with Ohaozara and Ivo LGAs in Ebonyi State; on the West with Udi LGA, in the North with Nkalagu (Ebonyi) and Isi-Uzo LGA, and in the South with Aninri and Awgu LGAs.

Populationat present it is presumed to be nearing almost 2 million.

As has been observed earlier, the various masquerades and festivals found in the area reflect the cultural diversities of the Nkanu people. Some of these cultural identities are common; while others are community-specific, or peculiar to a particular community. Igede, Ikpa, Okanga, Ubo, Ebe, and so on, usually displayed during festive and burial ceremonies are most common within the area. While Omaba and Ekpe masquerades as well as Achikwu (Maa Enyashi – nocturnal masquerade), forbidden to non-initiates and women are renowned masquerades of the people. Edene war dance music is peculiar to only the Obeagu (Awkunanaw) people in the whole of Nkanu land.

Aju festival, which heralds the New Year, is widely celebrated in the area. Ani Oha (an equivalent of the Christmas), associated with the soul day (Igo Iyi) is celebrated in commemoration of the departed soul of either the grandfather and/or grandmother.

Noteworthy of mention is the Ugwu Uzu deity in Obeagu (Awkunanaw). It was said that in the olden days, blacksmiths from all over Igbo land and beyond converged at Obeagu to celebrate and pay homage to this deity of blacksmithry. Blacksmiths from as far as Awka, Nkwerre, Agulu, Agbor, and even Igalla come to this festival. They not only fraternize with one another, but brainstorm and rub minds on the improvement of their trade. Various metal products are on display. After days of merrymaking, feasting and toasts they return to their different abodes. Yet, Obeagu people are not traditional blacksmiths, nor are the Nkanu people in general. Nevertheless, the conviviality this festival generates, can only be likened to what happens in modern-day trade fairs.

It is, however, lamentable and sad to observe the degree of westernization our people had embraced, had eroded the potency of some of these cultural identities of the Nkanu people. If serious care is not taken to preserve them, they might as well be on their way to extinction. 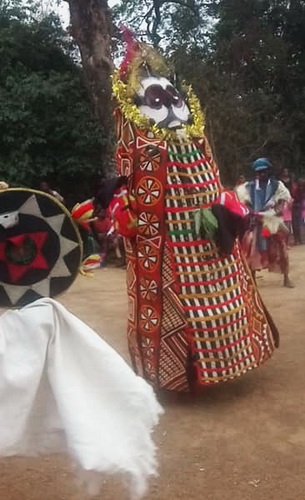 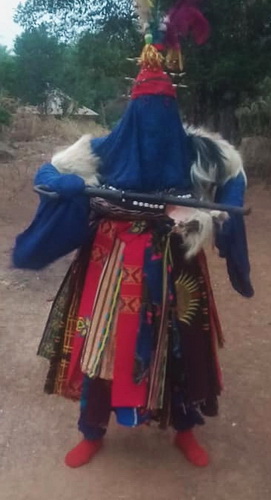 Nkanu peoples live in an area of central Africa that is rich with historical narratives and events. They are situated between Kongo and Yaka peoples, both powerful empires during the last couple of centuries. As such, their own history is best understood when viewed within the context of the whole region. In 1482 the Portuguese arrived on the coast, beginning diplomatic relations with Kongo royalty which included sending Kongo nobles to visit the royal assemblage in Portugal in 1485. The relationship established between these two empires brought both Christianity and slaving into the region. Nkanu peoples were undoubtedly affected by both of these influences. Nkanu share many cultural and linguistic similarities with their Yaka and Lula neighbors, indicating probable historical connections between them.

Among Nkanu, men contribute to the local economy largely through hunting. They may hunt either individually or in groups, and most often use bow and arrow, or old rifles. The women contribute primarily through cultivation of cassava, sweet potatoes, beans and peanuts. They further supplement the diet through the gathering of wild fruits and berries and occasional fishing in the nearby rivers. Manioc is the main staple throughout the region, but maize is also very important. Intergroup trade with neighbors in the region play a critical role in Nkanu economics.

Like most of the peoples living in this region, Nkanu peoples traditionally observed matrilocal descent, inheritance rites, succession, and residence patterns. Although in recent years there has been a tendency for some sons to reside in their own villages after marriage, succession and inheritance still observes matrilocal patterns. In most cases, however, when a man and a woman are married they move to the village of the bride. Many times the bride's father is the brother of the groom's father. In effect, the groom is marrying his maternal cousin and living in the compound of his maternal uncle. In this way power resides within the maternal line. This arrangement results in a relatively high value being placed on daughters, who in most cases bring in a considerable bride price for her family. It does not necessarily increase her power, however, as she is still at the mercy of the men in her life.

There is creator god who inhabits the sky and is responsible for life, death and all unanswerable questions. There are no religious practices which actively pay homage to this God. Instead, religious celebrations focus on honoring the elders and ancestors. The death of an elder is cause for a public ceremony performed by other elders. Ancestors may be honored by recognizing and practicing the traditional ways and through offerings and gifts. The offering place is usually a clearing in the forest, removed from the everyday interactions of village life. Offerings may otherwise be made at the grave site of the ancestors.

Nkanu art styles are very similar to their Yaka and Lula neighbors. They carve wooden masks that are used for ceremonial purposes and anthropomorphic wooden sculptures.