At the Ciciya festival young men and women dress up in exotic costumes and perform spectacular feats of dancing.

For the Orisino division Ciciya is a part of Ukumbu, the last festival of the year held in December or January. Boys take part in this festival the year that they complete their Kezzeme initiation.

The Odipo division celebrate Ciciya as a stand-alone festival in August or September (unless the Caari official has died, in which case it will be combined with the Kezzeme). 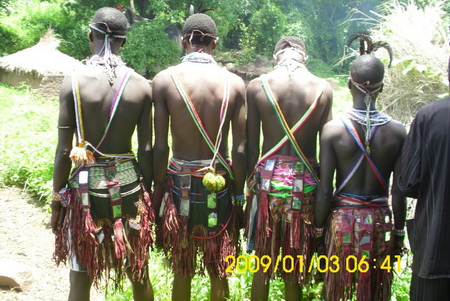 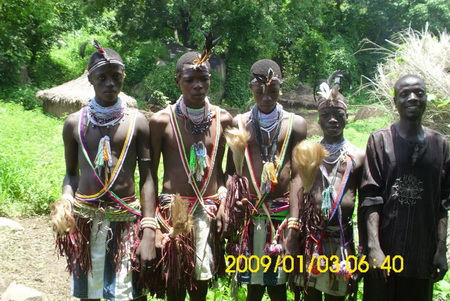 The Kezzeme festival - Festival of beating and initiation

The Kezzeme is a coming-of-age festival held in March each year, where youths prove their manhood 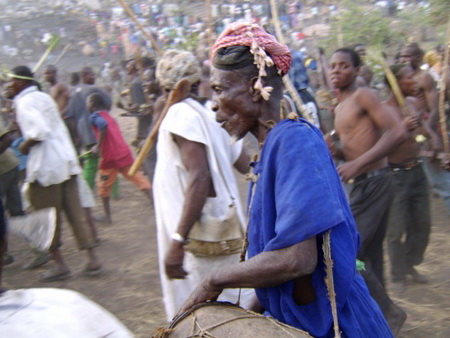 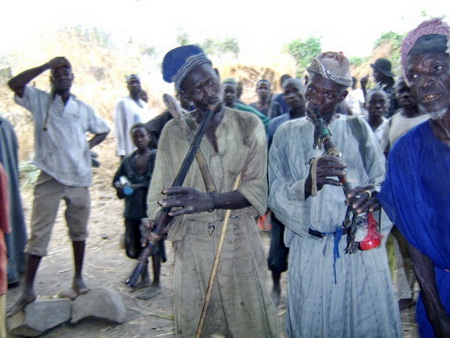 Røø'ø festival - Festival of the dead

In Mattaari village on Korisino, the Røø'ø festival of remembrance of the dead is celebrated annually in February. After each household sacrifices a chicken, a procession takes place through the houses of those who have recently died, ending up in the central clearing outside the Magaaji's (priest) shelter. Dancing and drumming continues until dawn. Widows carry the spears of their dead husbands. 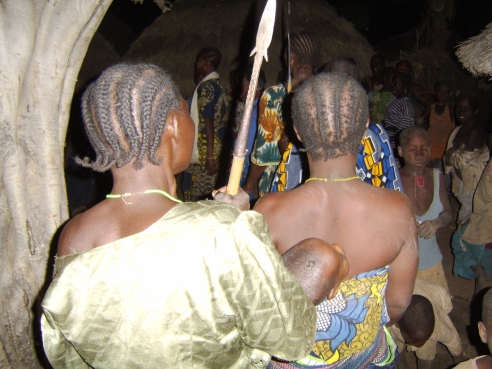 Korisino is the seat of the Wømø, the King of the Acipu. He lives at Kadaada, the highest point of the hill, about 500m in altitide and 200m above the valley. During much of the 19th and early 20th centuries the Acipu lived on the hills due to the threats posed by slavery and war. However over the last siɓty years or so people have gradually moved down into the valley, and now only the King and his wife remain, along with the King's constant companion and advisor, the Mallu ('teacher'). The King is not supposed to speak in Hausa or ever leave the hill.

Five festivals are held on Korisino each year, the most spectactular of which is the Kezzeme held in March or April. Other than festival periods, the mountain villages are eerily empty, although the elderly may choose to move their when they believe they are about to die - in which case their families continue to care for them by making regular trips up the hill. 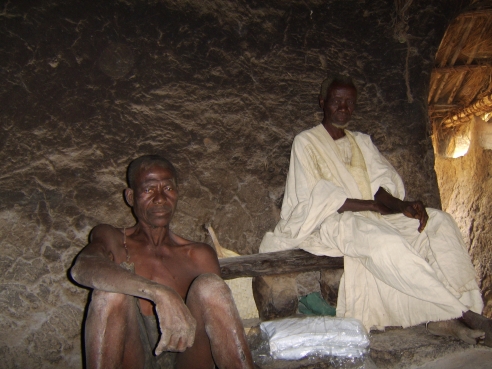 In the Korisino area most people over the age of about 50 were animist (in 2016). Younger people have mostly converted to Islam, with a small minority of Christians. The pictures here show various aspects of the Cicipu traditional religion.

The Okiiso hut pictured is a small mud structure with a grass roof devoted to the Okiiso (ancestral spirits). The surrounding stone piles are used in prayer and libation - each member of the village has their own stone. Both are sacred and must not be touched by outsiders, likewise the priest's hut.