4.000 Zul live in the fertile plains and feet of rocky mountains between Toro and Zaranda in Bauchi State. (Nigeria) 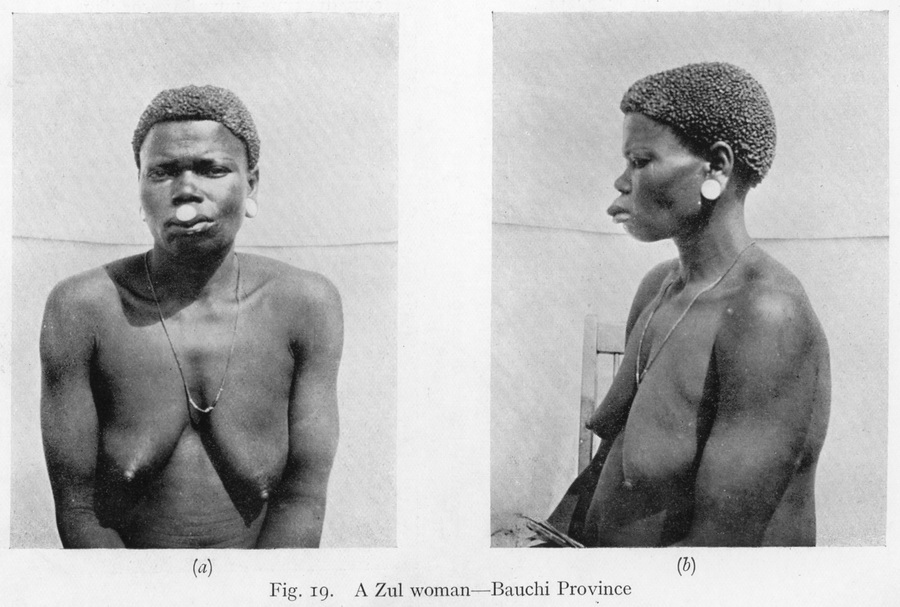 The Zul are farmers growing millet, guinea-corn, groundnuts and yams. They own some cattle and sporadically Zul men organise hunting parties. The Zul used to live isolated in mountains around Zaranda and Geji towns. British colonial administration forced to come down and this meant the gradual erosion of their original culture. Zul language was reported in to be dying out and to have very few speakers. However, this appears to be wrong. There are both more speakers and the language livelier than previously thought. The number of speakers varies considerably from one source to another, but is probably about 4000.

Zul women used to pierce until the early 1960s their lower and upper lips where round pierces or white wood would be inserted. Beautiful facial tattoos (diagonal stripes on both cheeks) lived a bit longer than the lip piercings but by mid 1970s the practice also had stopped. Fuzzy hair can still be seen in some older women as well as the facial tattoos. Zul people have been converted into Christianity by missionaries but the older generation still worships the old gods. Singing and dancing are an essential part of Zul society.