Twa, also called Batwa, one of the best-known of the many Pygmy groups scattered across equatorial Africa. Like all other African Pygmies, the Twa, averaging about 1.5 m (4 ft 11 in) in height, are a people of mixed ancestry, probably descendants of the original inhabitants of the equatorial rainforest. They live in the high mountains and plains around Lake Kivu, in Congo (Kinshasa), Rwanda, and Burundi, and function in economic symbiosis with the pastoral Tutsi, the agricultural Hutu, and other peoples. Many specialize in pottery, which they market; others hunt.

It is often supposed that the Pygmies were the aboriginal inhabitants of the forest before the advent of agriculture. Vansina argues that the original meaning of the (Proto-Bantu) word *twa was "hunter-gatherer, bushpeople", alongside yaka used for the western (Mbuti) pygmies (Bayaka). As the Twa developed into full-time hunter-gatherers, the words were conflated, and the ritual role of the absorbed aboriginal peoples was transferred to the Twa. Batwa and Abatwa are Bantu plural forms, translating to "Twa people". 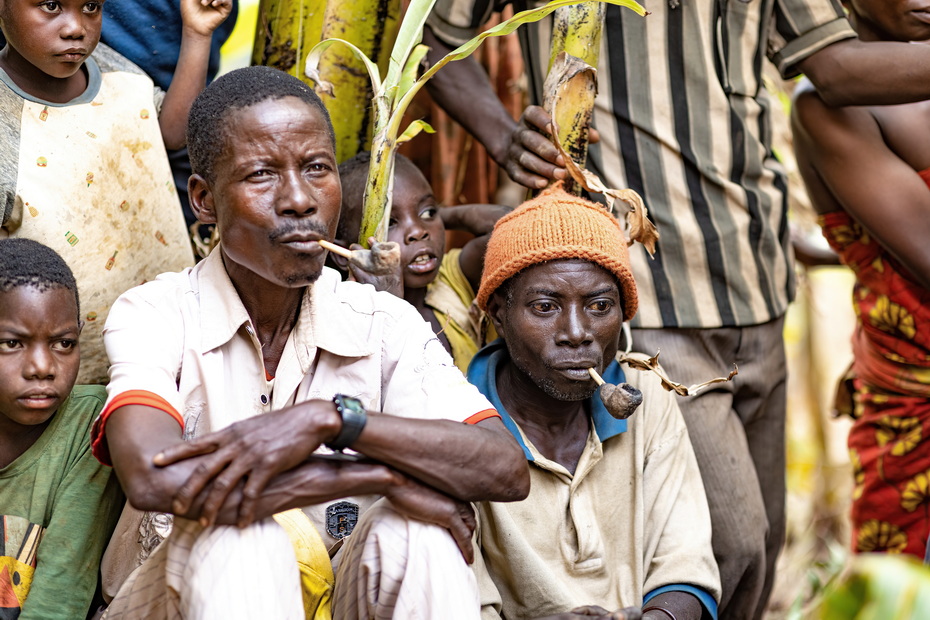 Relation to the Bantu populations

All Pygmy and Twa populations live near or in agricultural villages. Agricultural Bantu peoples have settled a number of ecotones next to an area that has game but will not support agriculture, such as the edges of the rainforest, open swamp, and desert. The Twa spend part of the year in the otherwise uninhabited region hunting game, trading for agricultural products with the farmers while they do so.

Roger Blench has proposed that Twa (Pygmies) originated as a caste like they are today, much like the Numu blacksmith castes of West Africa, economically specialized groups which became endogamous and consequently developed into separate ethnic groups, sometimes, as with the Ligbi, also their own languages. A mismatch in language between patron and client could later occur from population displacements. The short stature of the "forest people" could have developed in the millennia since the Bantu expansion, as happened also with Bantu domestic animals in the rainforest Perhaps there was additional selective pressure from farmers taking the tallest women back to their villages as wives. However, that is incidental to the social identity of the Pygmy/Twa. 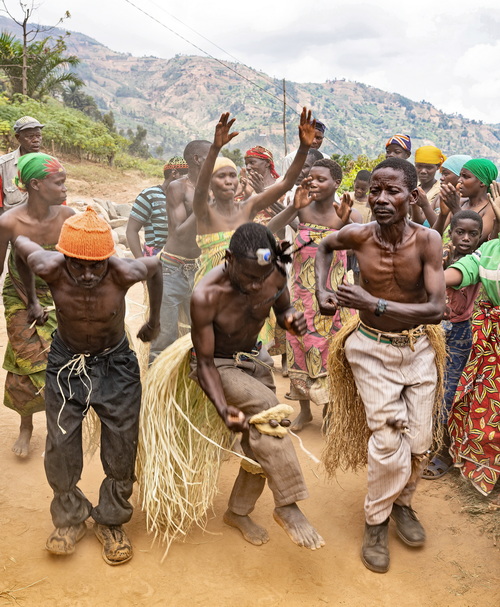 Twa live scattered throughout the Democratic Republic of Congo. In addition to the Great Lakes Twa of the dense forests under the Ruwenzoris, there are notable populations in the swamp forest around Lake Tumba in the west (about 14,000 Twa, more than the Great Lakes Twa in all countries), in the forest–savanna swamps of Kasai in the south-center, and in the savanna swamps scattered throughout Katanga in the south-east, as in the Upemba Depression with its floating islands, and around Kiambi on the Luvua River.

The island of Idwji has a native population of approx 7000 BaTwa. And according to UNHRW more than 10000 BaTwa are displaced from Virunga Park in the Northern Kivu province's refugee camps such as Mugunga and Mubambiro because of decades of war.

The term Batwa is used to cover a number of different cultural groups, while many Batwa in various parts of the DRC call themselves Bambuti.

Arab and colonial accounts speak of Twa on either side of the Lomami River southwest of Kisangani, and on the Tshuapa River and its tributary the "Bussera".

Among the Mongo, on the rare occasions of caste mixing, the child is raised as Twa. If this is a common pattern with Twa groups, it may explain why the Twa are less physically distinct from their patrons than the Mbenga and Mbuti, where village men take Pygmy women out of the forest as wives. The Congolese variant of the name, at least in Mongo, Kasai, and Katanga, is Cwa.

The Batwa of Uganda were forest dwellers who lived by gathering and hunting as the main source of food. They are believed to have lived in the Bwindi Impenetrable and Mgahinga National parks that border Democratic Republic of Congo (DRC) and Rwanda living mainly in areas bordering other Bantu Tribes.

In 1992, the lives of the Batwa pygmies changed forever. The Bwindi Impenetrable Forest became a national park and World Heritage Site to protect the 350 endangered mountain gorillas within its boundaries. The Batwa were evicted from the park. Since they had no title to land, they were given no compensation. The Batwa became conservation refugees in an unfamiliar, unforested world. Poverty, drug and alcohol abuse, lack of education facilities, HIV as well as gender-based violence and discrimination are higher among Batwa communities than among the neighboring Bantu communities.

The Twa of these countries live in swampy areas, such as the Twa fishermen of the Bangweulu Swamps, Lukanga Swamp, and Kafue Flats of Zambia; only the Twa fish in Southern Province, where the swampy terrain means that large-scale crops cannot be planted near the best fishing grounds.

Cavalli-Sforza also shows Twa near Lake Mweru on the Zambia–Congo border. There are two obvious possibilities: the Luapula Swamps, and the swamps of Lake Mweru Wantipa. The latter is Taabwa territory, and the Twa are reported to live among the Taabwa. The former is reported to be the territory of Bemba-speaking Twa.