Although it is not known when they began their migration from the north, by the beginning of the twentieth century, they had settled on the Gemena Plateau.

The Ngbaka arrived on the Gemena Plateau in 1920. They migrated from the area around Lake Chad to the north with the Manja and Gbaya peoples. Throughout their travels they encountered numerous peoples who influenced their direction. It is known that the Ngbaka had contact with the Mabo at the Lua-Dekere River and with the Mono at the Bembe and Lubia Rivers. Although they share many cultural similarities with their neighbors, the Gbaya, they speak slightly different languages and consider themselves separate peoples. There is constant contact between them and their other neighbors the Ngbandi and Ngombe, yet there is often conflict between them over land ownership.

Initiation rites are an important part of Ngbaka cultural life. The system of initiation is called Ganza, meaning "thar which gives strength." During periods of initiation, young boys and girls are taken outside the village for several months and put through a series of trials of physical, mental, and emotional endurance. At the end of these tests, the initiates generally are circumcised or excised to indicate that they have undergone the rites of passage and now can be considered men and women. 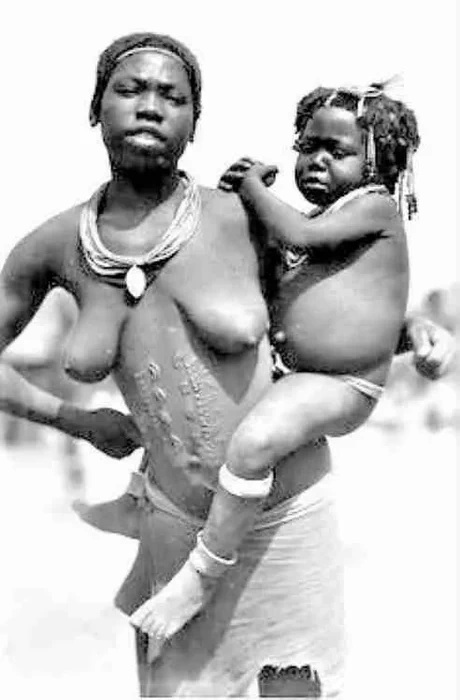 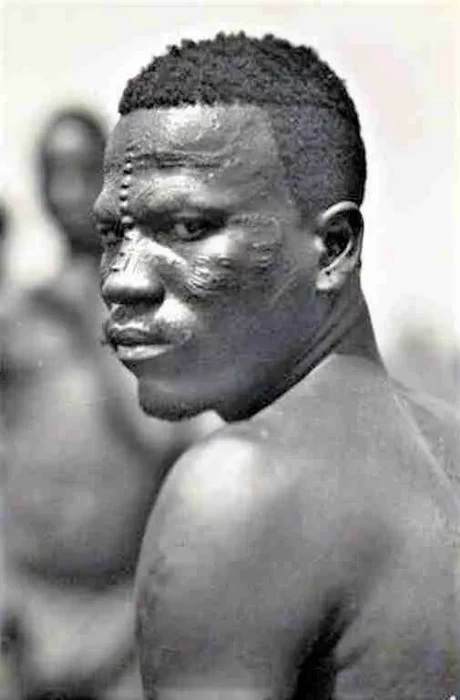 The Ngbaka are primarily subsistence farmers who raise manioc and maize, along with sorghum and bananas. They also raise chickens and goats for eggs and milk. The region is nearly depleted of game, and hunting is no longer of economic importance. Most of the dietary protein comes from fish caught in the local rivers by women. The blacksmith plays an important role in Ngbaka communities. He is responsible for fashioning many of the utilitarian objects that are necessary for farming, and he also makes arrowheads out of iron, which are used for the little hunting that is done, and numerous other objects out of copper and, occasionally, ivory.

Being able to trace one's lineage to an important or very old ancestor is the primary measure of political importance in Ngbaka villages. There is no centralized power representing all Ngbaka, but there is normally a headman in each village who is selected and advised by individual family heads. All of the family leaders are expected to meet and agree on a policy before it can be enacted. Often this agreement is sealed with a blood pact. Polygamy is widely practiced among the Ngbaka. They are a patrilineal people, but the position of honor within the family is normally reserved for the oldest female member.

The Ngbaka believe in a supreme deity called Gale or Gbonboso.

His message was brought to Earth by two messengers, Seto and Nabo, who are recognized as the primordial ancestors of the Ngbaka peoples. They are sister and brother who created the Ngbaka through an act of incest. Respect is paid to these ancestors whose carved images are daily placed upon the twabozo (family altar), where they are protected from any misfortune that might befall them. It is believed that they protect the owner and his family from hardship and that they also have the ability to cure many types of illness. Divination, which has the power to reveal the causes of misfortune, is an essential part of Ngbaka society. Young men and women are expected to go through circumcision, practices which have been borrowed from their neighbors. There is also a secret society for sorcery known as Wi-Limi.

The Ngbaka are famous for heir sculptures.

The most common forms of sculpture center around representations of Seto and Nabo. Often they are portrayed with a heavy ridge of scars which bisect the forehead vertically. The Ngbaka also carve several types of masks and numerous utilitarian objects.

Their various forms of sculpture, together with those of the Ngbandi, are of major significance in the northwest area of the Democratic Republic of the Congo. No single style characterizes Ngbaka sculptural art. The figures present various forms and sizes, depending on the significance and the purpose of the sculpture. For example, small ani­mal figures are carried as fetishes by hunters, while large figures and masks are used mainly in Ngbaka initiation ceremonies. The masks used in circumcision ceremonies are known as dagara. They are roughly sculptured and usually oval in shape with a concave face and a triangular scarified nose.

Today, the Ngbaka are still principally farmers who cultivate bananas, maize, manioc, and sorghum through the practice of slash-and-burn agriculture. They also supplement their diet by raising small livestock and fishing, which is an activity that is reserved primarily for women. Ngbaka men are well known as great hunters, though the once abundant supply of game in their region is now largely exhausted.