The Kwando inhabit the Serra da Neve Mountains, close to the towns of Kamukuio and Mamue (Angola).

This ethnic group, rancher and farmer, tends to assimilate nuances of the neighboring Cubal culture, although they are more westernized, due to their proximity to the Benguela area (colonized in the 18th century). Most of the Kwando have been Christianized, being very difficult to find glimpses of ancient traditions or festivities. In some places, they still use facial paintings or head of cattle in a kind of cultural syncretism.

6,000 Kwando live in the forested mountain area of Serra da Neve, near the towns of Kamukuio and Mamue. (Angola) 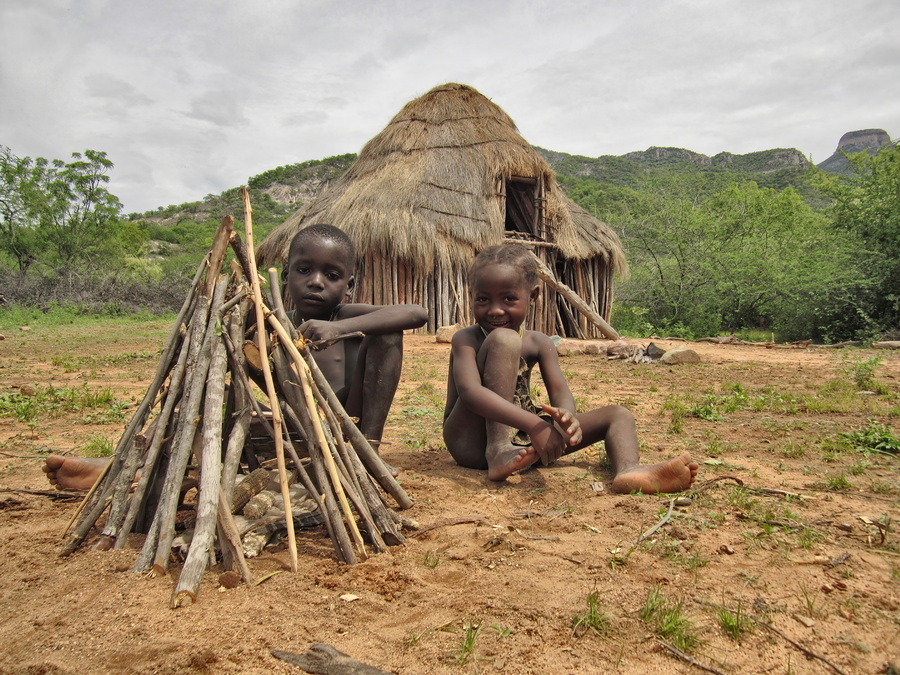 The Kwando are cattle herders, hunters and subsistence farmers and they live under a clanbased tribal structure led by the eldest male.

Kwando women make dolls with a thin stick, crowned by a ball made of scraps of cloth, imitating the Kwando turban: the identity mark of this ethnic group. Basketry made from wild plants is also characteristic of this tribe.

The houses of this mountain people are similar to those of its Cubal and Ngendelengo neighbors. On the one hand, are the nomadic dwellings with a structure made of thick branches, placed as a teepee, covered with fine branches and adobe. On the other hand, there are the permanent houses made up of two floors: the base, where older people usually sleep, and an upper part that serves as a barn and also as a room for young people.

The Kwando who inhabit the most isolated areas of the Serra da Neve have preserved their own aesthetic elements, such as cloth turbans and face paint during ceremonies. In the lower areas, closer to the Cubal settlements, the Kwando are barely distinguishable from the latter. In the mountains, it is still possible to see men in cloth loincloths carrying a spear to hunt antelopes. The Kwando in the northern area of the Serra da Neve have converted to Christianity due to their proximity to the Umbundu peoples, while the Kwando in the mountains and in the southern area still worship the ancestors and the bull as a totemic animal. 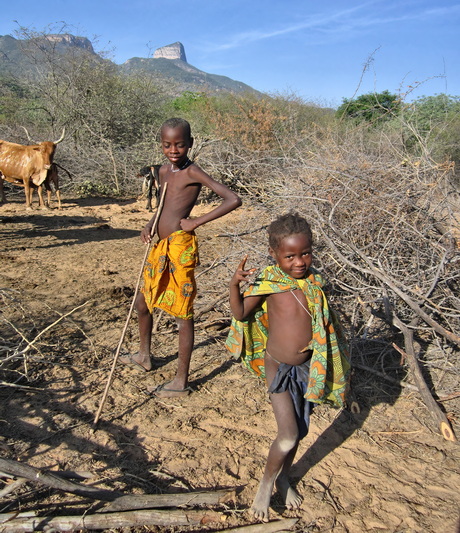 Change in Kwando world came a century ago from the northern area. Bantu peoples of the north -’Ovimbundu’-, assimilated by the Portuguese colonial administration, reached Serra da Neve and with them came the external influence. The northern Kwando have been absorbed by the colonizing peoples, and the southern Kwando are being assimilated by the Cubal who marry Kwando women. Only in the most remote areas of the Serra da Neve, Kwando culture resists.

In relation to the ecosystem, the threats are drought and deforestation derived from the coal and wood industries.