Their Sculpture has similarities with the Luba , Hemba and Songye that Includes figures and traditionally, women also make pottery , stools and basketry.

Fishing, farming and hunting plays a significant roles in the Kusu communities.

Kusu are split into a smaller villages that are relatively isolated in the South one another particularly in the South the villages are further divided into castes in which the blacksmiths are Influential .

The Ceremonies for traditional chiefs of the Kusu are similar to the Luba traditions also the elders are considered as the leaders of the villages who have a higher positions of power. 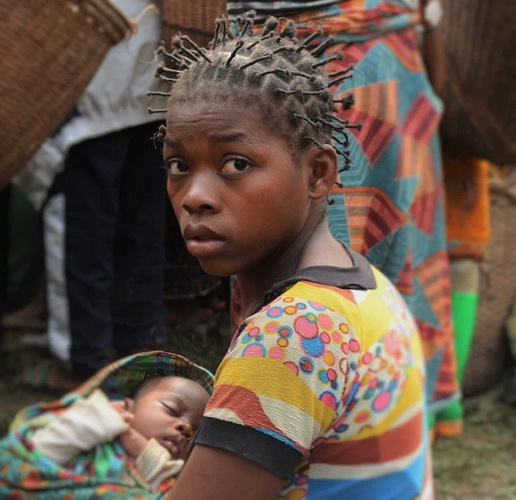 Kusu history is shared with the Nkutshu and Tetela, all of whom came from the northwest of their current location and share a Mongo-Kundu origin. Their first movement was southward, then they moved back north through Luba, Songye, and Hemba territory, acquiring social customs and learning artistic styles along the way. Once arrived in their new location they split into two major factions divided into north and south—they then further divided into smaller groups, which remain largely separated and independent to this day due to their geographic isolation. The groups in the south have been more influenced by the Songye and the Luba, which is evident in their sculpture styles.

The Kusu, who in the past were hunters, have in recent years embraced a more sedentary lifestyle that includes farming on land that is cleared by men. They raise maize, yams, beans, and also domesticated animals, including cows, pigs, goats, and chickens. Fishing is performed by both men and women using nets fashioned by men, and hunting is still considered to be of ritual importance and serves as a powerful metaphor in most communities. 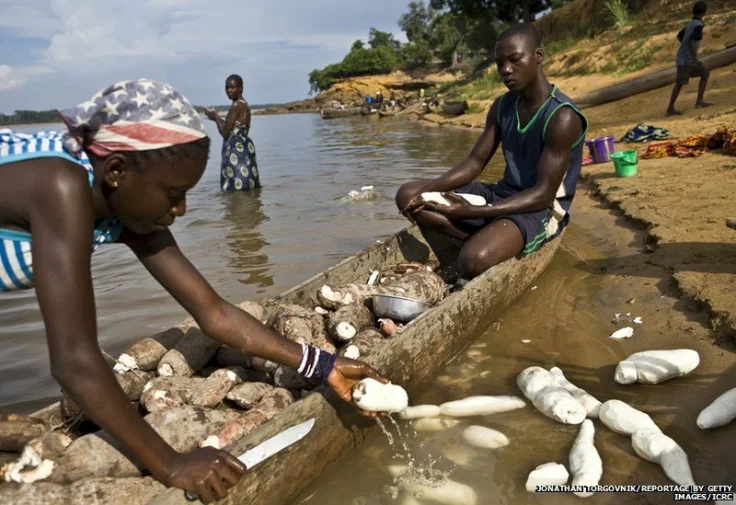 The Kusu are split into small villages that are relatively isolated from one another, particularly in the south, where Luba influence is most strongly felt. The villages are further divided into castes in which the blacksmiths are influential. Investiture ceremonies for chiefs are similar to those practiced among the Luba, but there is no paramount chief who oversees all of the Kusu. Instead there are a series of village leaders who inherit their positions of power.

Kusu religious practice has been greatly influenced by their neighbors. They recognize Vilie (a supreme being) and share a common belief in the power of the ancestors, despite their geographical differences. They worship various nature spirits that can be traced to their Mongo origins, recognize ancestor cults that have been borrowed from the Hemba and the Luba, and fashion and use powerful magical figures similar to those found among the Songye. There is an initiation society, which is primarily aimed at educating people about the evils of witchcraft, and there are also diviners that are consulted for matters of importance.

Among Kusu People of Dr. Congo, It is said Vilie is considered as a Creator or God, Ancestors are the guardian angels, their deities are believed to be of both Hemba and Mongo origins.

Much of Kusu sculpture is comparable to their neighbors, from the Lubaized chief's stools and Songye-like power figures, to the Hemba-influenced ancestor figures. Women also make pottery and basketry, which is used in everyday life.

The Kusu maks is an exceptionally beautiful and well preserved piece of the masks art, Others claimed Kusu and Batetela lived in the region between Lusamboo and the Upper Congo river in the provinces of Sankuru and Maniema. Kusu people practice fishing , raising cassava , banana and kola nuts . They are related to the Banyamulenge and Tetela people, separated from Tetela in the late 1800s after the Belgians and Arabs had arrived in the region. It is said they might have originated on the right bank of the Lomami river Kusu and Batetela or tetela are known for revolts in the 1890s. Their traditional skin drum Include sheep , leopard, goat as well this also include slit drum, the leopard skin drum was formerly used for wars and victory in battle , the drums is used for poetic and communication . It is believed the Kusu came northwest with Nkutshu and Tetela . Kusu passed through Luba, Hemba and Songye territories and Other their sculptures are of Kusongo Influence .

In Kusu Culture, It is an insult to use your left hand to shake the hands or giving Instructions using the left hand, using of the right hand is a sign of respect and dignity.

Fsh is a primary food source for the Kusu , fish can be harvested after some months of feeding. Traditionally, women fry or salt the fish that the family did not consume. They also use kola nuts, palm nuts , wine, oil and fruits as well and beer is brewed using millet or maize and palm nut for special occasions, which usually Involve singing, dancing, playing of drums.

Kusu Chief or Kusu Village headmen have the authority over the village land and ownership.

Clothing and mats are made up of raffia palm tree furthermore

Kusu folklore is traditional way of communicating through. Literature, Art, Music and Dance which is carried tradition from generation to generation.

Grandparents are always known for telling folktales while they put fire on in the evening also Kusu tradition there is a belief that children are gifts of God which symbolize wealth, good fortune and other symbolism. Births and deaths are celebrated by singing and dancing as a way of honoring.