Notable ethnic Krus include the 25th President of Liberia George Weah, who is of mixed Kru, Gbee, Mano, and Bassa heritage, as well as his predecessor, former President Ellen Johnson Sirleaf , who is of mixed Kru, Gola, and German ancestry. Soccer star William Jebor is exclusively of Kru background, as is Christian Evangelist Samuel Morris who was originally known as Kaboo. Mary Broh, the current mayor of Monrovia, is of mixed Kru and Bassa ancestry. Didwho Twe, a judge and politician, who ran for President of Liberia in 1951 was of Kru heritage.

The Kru languages belong to the Niger–Congo language family and are spoken by the Kru people from the southeast of Liberia to the east of Ivory Coast. The term "Kru" is of unknown origin. According to Westermann (1952) it was used by Europeans to denote a number of tribes speaking related dialects. Marchese (1989) notes the fact that many of these peoples were recruited as “crew” by European seafarers; “the homonymy with crew is obvious, and is at least one source of the confusion among Europeans that there was a Kru/crew tribe.” Andrew Dalby noted the historical importance of the Kru languages for their position at the crossroads of African-European interaction and wrote that “Kru and associated languages were among the first to be encountered by European voyagers on what was then known as the Pepper Coast, a center of the production and export of Guinea and melegueta pepper; a once staple African seaborne trade”. The Kru languages are known for some of the most complex tone systems in Africa, rivaled perhaps only by the Omotic languages.

Recent documentation has noted “Kru societies can now be found along the coast of Monrovia, Liberia to Bandama River in Cote d'Ivoire”  “Villages maintain their ties based on presumed common descent, reinforced by ceremonial exchanges and gifts”. The Kru people and their languages, although now many speak English as a second language, are said to be “dominant in the southwest region where the forest zone reaches the coastal lagoons”. Nevertheless, the Kru people rely on the forest for farming supplemented by hunting for their livelihood. Overall, in 2010, Kru and associated languages were spoken by 95 percent of the approximate 3.5 million people in Liberia.

The Kru languages include many subgroups such as Kuwaa, Grebo, Belle, Belleh, Kwaa and many others. According to Breitbonde, categorization of communities based on cultural distinctiveness, historical or ethnic identity and socio-political autonomy“ may have brought about the large numbder of distinct Kru dialects; "Although the natives were in many respects similar in type and tribe, every village was an independent state; there was also very little intercommunication". Breitbonde notes the Kru people were categorized based on their cultural distinctiveness, separate historical or ethnic identities, and social and political autonomy. This is the possible reason for so many subgroups of the Kru language. Unfortunately, as noted by Fisiak, there is very little documentation on the Kru and associated languages.
The Marchese (1989) classification of Kru languages is as follows. Many of these languages are dialect clusters and are sometimes considered more than a single language.

The origins of Kru people are still historically unknown. The legend has it that they migrated from the sea to their current habitats. Historians, These Kwa-speaking, related but distinct cultures were all lumped together under the collective term "Kru", a corruption of the original "Krao" by Europeans with whom they traded as far back as the fifteenth century. Successive waves of migration brought them overland from the east and north, and by the sea. Those coming from the Gedeh forests to the north claimed Mount Pahn in the Putu Range as their ancestral home. Geological flights in the 1950s confirmed the remains of a village on the summit of the mountain, half-shrouded in clouds of mist and ancient mystery. 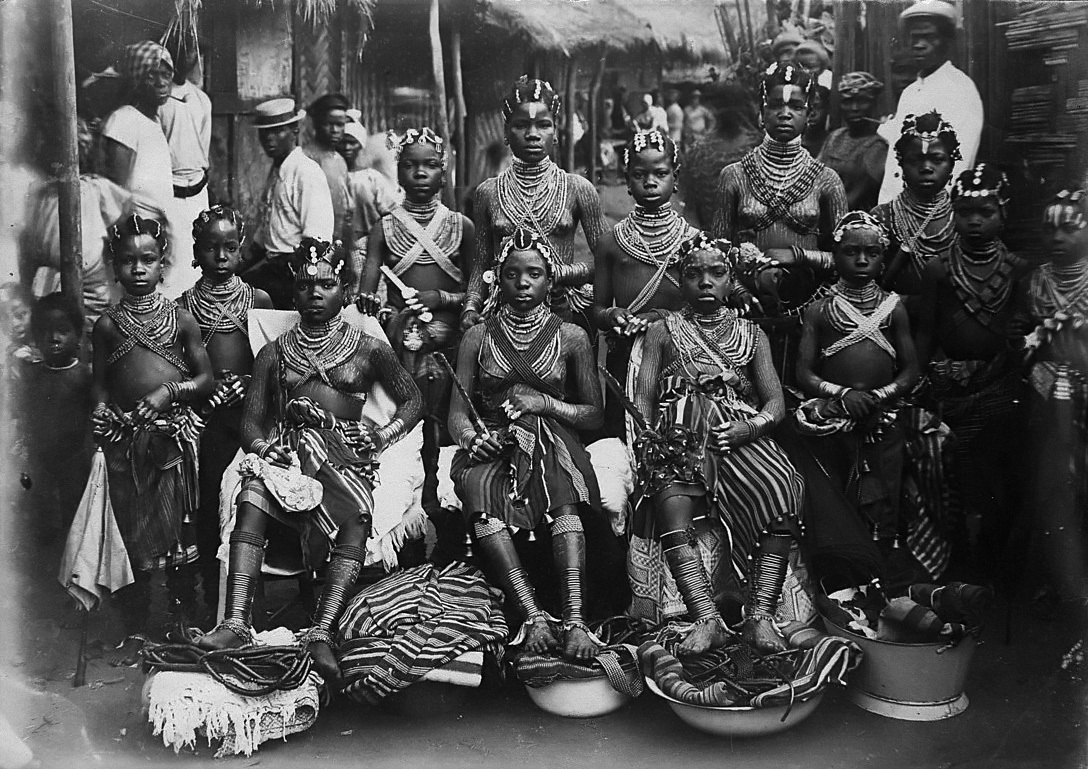 Those migrating from across the Cavalla and down the Atlantic seaboard have their own oral histories and myths centered around the crossing of the dangerous surf waters in canoes. All were fleeing more militaristic groups that were conquering and subjugating everyone and everything in their paths. By the time of their earliest recorded encounters with the Portuguese in the 1400s, there were three distinct yet similar groups inhabiting what came to be known as the Kru Coast: The Grebo, literally meaning "Those Who Made It Across the Water," the Sapo, and the Kru. The three groups were less "tribes" than loose federations of clans with common ancestors. Each Dako, as the clans were called, could encompass several different chiefdoms and be related by blood or history to other Dako. The Grebo name for this social structure was Dakwe, identified by town names.   There the Krus settled in a loosely connected villages based on lineage and living by hunting and subsistence farming. Although they lived along the coast, the Krus refused to take part in Trans-Atlantic slave trade and they fought viciously against slave trader who made attempts to capture a Kru.

The Grebos were centered around Grand Cess, Cape Palmas, and Tabou, with power concentrated in Grand Cess. Migrant workers were recruited in and around these three centers. The arrival in the 1820s of African-American settlers at first had very little impact on the Kru. "Quee people," as the locals referred to the westernized colonists at Greenville and Harper, were far from unknown on the Kru Coast. The Krus and Grebos themselves had a sizable population of western-educated people living among them for decades. Some of these "civilized" Grebo and Kru had been educated in Sierra Leone, on the Gold Coast, and in Britain.

The first descriptions of core group of Krumen's religion were done by missionaries notably James Connolley,But these accounts can also be augmented by more detailed accounts of the Grebo of nearby Cape Palmas who were linguistically and culturally related and were, by 1855 becoming Krumen themselves by going to sea and may have been as important in the overall culture as the core Krumen themselves.

The central elements of the spiritual universe of this region included a figure identified by missionaries as a high, creator God, named Nyesoa, spirits or deities associated with territories called, familial spiritual guardians called ku and finally kwi or the souls of the departed who remained near by and could influence events.

These spiritual entities were contacted through a class of people called deya, who underwent long and specialized training and apprenticeship to take up their office. They addressed problems both medical and spiritual using pharmaceutical and spiritual remedies.

Kru Culture is ahierachical  (no rigid hierarchy existed among its members) and heavily influenced by traditional democratic system at the village level (Beugre and Offodile,2001). In this culture, the village chief acts as a spokesperson rather than a ruler whom they have to blindly obey. Among the Kru, the chief is held accountable for his deeds (its very rare to see women selected as chiefs). Elders select a village chief for a limited term, at most five years.

After which if he performs well he may be re-appointed or another person shall be selected in a case where the chief performs abysmally. This selection is not based on kinship or family of rulers, but on the persons character,statecraft and achievements. In general, the Kru resent authority. A key belief in a Kru culture is that everyone should gain his or her recognition in society based on his or her skills,abilities and deeds. Power is not considered an important indicator of societal differentiation. the power holder is perceived as spokesperson. Modern Kru tend to resent autocratic leaders and people and expect treatment with respect and dignity from those in power. As a result of this culture amongst the Kru,people see them as disrespectful and intolerant.