The Kota are traditionally a patriarchal society, however some of the sub-groups such as the Mahongwe have over time adopted a matrilineal system of lineage (Mahongwe means, "from your father"). Another key feature of the Kota people is the originality of its circumcision and widow-purification rituals, which are generally kept secret.

The true meaning of Bakota is unclear, however it may be derived from the word kota, which means to bind/to attach/to link, hereby suggesting they view themselves as a united people bound by a common fate.

Most Kota people are Roman Catholic. The area of Gabon they live in is home of the Apostolic Vicariate of Makokou.

Estimates indicate that there are at least 43,500 Kota speakers in the world, of whom 34,442 people (79%) live in the Ogouee-Ivindo province of northeastern Gabon, and 9055 people (21%) in neighboring Congo-Brazzaville. They make up the majority of the population of the regional capital city Makokou.

Politically, the Kota have been classified under the disputed "stateless societies" category. They have a strong egalitarian background, which in some instances cuts across age and gender lines. Kota children are taught to value tradition, respect for the elderly, and the concept of "Ewele" (loosely translated as 'pride'). 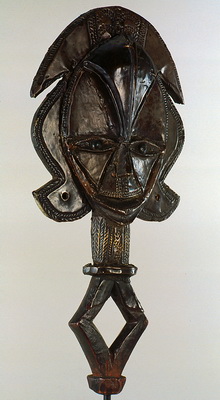 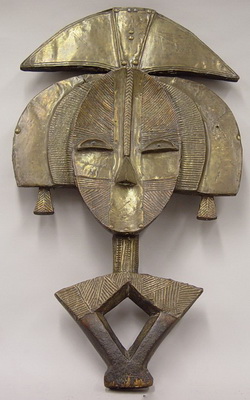 The Kota arrived in their current location after completing a series of migrations that started to the northeast, possibly near Sudan. These migrations began in the 18th century and were underway when European contact was first made about 150 years later. Unlike the Fang, their neighbors to the east, the Kota were a peaceful people who preferred to pick up and move rather than engage in warfare. European references dating to the 1870s identify the Kota in their modern homeland. Christian missionaries who entered the area in the early 1900s converted many of the Kota peoples. As a result, many of the art objects associated with their traditional religion were destroyed, buried, or in some cases thrown down wells. Since the 1930s efforts have been made by Europeans to locate these discarded objects, which have been divested of power, and remove them to Western museums. Often the Kota dig them up themselves and sell them for profit. 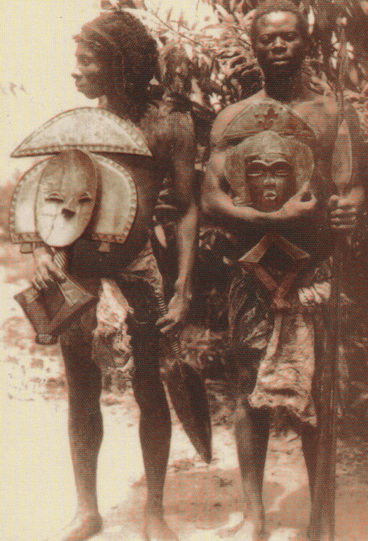 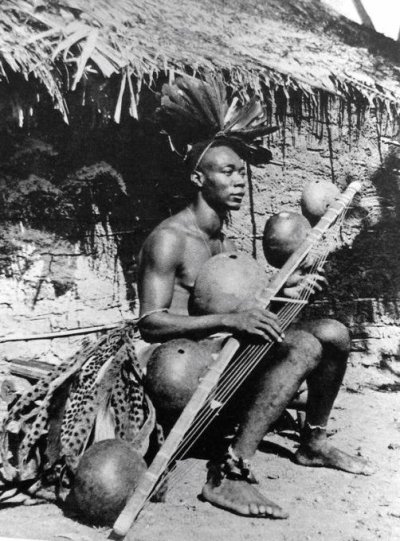 The rain forests which surround the Kota are farmed with slash and burn techniques, combined with crop rotation. By moving crops from year to year, erosion and soil depletion is avoided. The main crops grown are plantains and manioc. Large knives are used to clear the forests, and most of the cultivation is done with a hoe.

The traditional religion of Kota centered around ancestors who are believed to wield power in the afterlife as they had as living leaders of the community. The skulls and long bones of these men were believed to retain power and are said to have control over the well-being of the family of the relics' keepers. Usually the relics were kept hidden away from the uninitiated and women. Wooden sculptures covered with sheets of copper and brass, known as reliquary or guardian figures, were attached to the baskets containing the bones. Some believe that the figures are an abstract portrait of the deceased individual, while others argue that they are merely to protect the spirit of the deceased from evil. It must be remembered, however, that it was the bones themselves that were sacred, not the wooden figures, thus there is no apparent contradiction to individuals selling what in effect was the tombstone of their ancestors for considerable profit to art dealers. During migrations the relics were brought along, but the reliquaries were often left behind.