The Kissi people, are a West African ethnolinguistic group. They are the fourth largest ethnic group in Guinea, making up 2% of the population. Kissi people are also found in Liberia and Sierra Leone. They speak the Kissi language, which belongs to the Mande branch of the Niger–Congo language family. The Kissi are well known for making baskets and weaving on vertical looms.  In past times they were also famous for their ironworking skills, as the country and its neighbors possess rich deposits of iron. Kissi smiths produced the famous "Kissi penny,"

According to the The Peoples of Africa, Kissi tradition considers that before the seventeenth century they inhabited the Upper Niger region. Supposedly they lived south of the Futa Jallon until the Yalunka people expelled them. After 1600, they migrated westward, expelling the Limbas in their march, but were under constant threat from the Kuranko's. 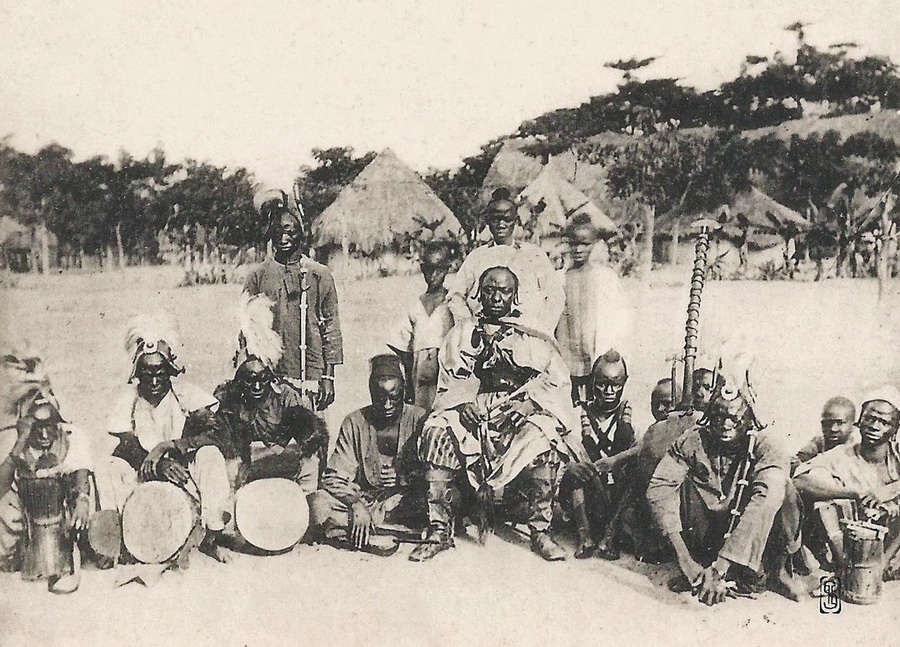 The Kissi are primarily farmers. Rice, their staple crop, is grown on most hillsides and in low, swampy areas. Other crops include peanuts, cotton, corn, bananas, potatoes, and melons. Beans, tomatoes, onions, and peppers are grown in small vegetable gardens, and coffee raised as a cash crop. Most of the farmers also raise some livestock.

Agricultural work, such as sowing, weeding, and harvesting, is shared equally by the men and women. Additional responsibilities for the men include hunting, fishing, and clearing land. The women's duties involve caring for the small vegetable gardens, tending to the chickens, trading in the local markets, and doing some fishing. Boys tend to livestock, which is usually cattle and goats. Cows are considered valuable animals, not for their milk, but as religious sacrifices.

For many generations, Kissi are well known as hard-working people. They are very age-oriented, dominated and led by the chief and the elderly people. The Kissi live in small, self-governing villages that are tucked inside groves of mango or kola trees. Each village is compact, containing no more than about 150 people. Houses are usually raised slightly above the ground and are round with mud walls, cone-shaped thatch roofs, and verandahs. In the center of the village is a public square with a dwelling place for the village headman. He offers sacrifices at the village shrine and acts as judge over the community.

To the Kissi, a child is not considered "complete" and is thought of as dirty and impure. Therefore, when a boy or girl reaches puberty, a purification ritual is held. This ceremony, called a biriye, "cleanses" the child and ushers them into adulthood. Afterwards, the young adult is expected to take on adult responsibilities.

Music plays a unique role in the Kissi culture. Sometimes, it is used for certain types of communication. The music does not necessarily have a melody, but rather a rhythmic sound with much drumming and whistling.

Although many Kissi have converted to Christianity, most of them continue to practice their traditional ethnic religion. Ancestor worship or praying to deceased relatives is a common practice among the Kissi. The Kissi believe that ancestral spirits act as mediators between them and the creator, god. Small stone statues are used to represent the spirits. They are worshipped and offered sacrifices by the village headmen. Many carved soapstone figures and heads were produced by the Kissi people in the past prior to colonial contact with the Europeans. It is not clear why they were made; some scholars argue that they form part of ancestor worship while others say they may represent gods to increase agricultural yields. A large number can be seen in the British Museum's collection.