The Idomas are known to be 'warriors' and 'hunters' of class, but hospitable and peace-loving. The greater part of Idoma land remained largely unknown to the West until the 1920s, leaving much of the colourful traditional culture of the Idoma intact. The population of the Idoma is estimated to be about 3.5 million. The Idoma people have a traditional ruler called the Och'Idoma who is the head of the Idoma Area Traditional Council. This was introduced by the British. Each community has its own traditional chief such as the Ad'Ogbadibo of Orokam, Chief D.E Enenche. The Palace of the Och'Idoma is located at Otukpo, Benue State. The present Och'Idoma, Elias Ikoyi Obekpa was installed into office in 1997 and the position is for life.

Linguistic evidence suggests that the Idoma have lived in their present day region for at least four to five thousand years, and that they probably moved into the area from the north along with the forbearers of Yoruba, Bini, and Igbo peoples sometime before that. All of these peoples belong to the Kwa family of languages, and linguists are able to estimate separation times based on the differences in their individual languages. They broke off of one of the larger ethnic groups in the area at some point in the distant past and began developing their own culture in relative isolation from their parent group.

Most Idoma are farmers. Their staple crops are yams and taro, known locally as cocoa yams. Harvesting is a time for great celebration. Yams are produced efficiently enough to export them to their neighbors. They also harvest the fruit of the oil palm which is processed into oil and exported to Europe in large quantities, making it a fairly profitable cash crop. Other crops of importance include maize, manioc, peppers, peanuts, tomatoes, squash, and sweet potatoes. Goats, sheep, chickens and dogs are kept by nearly everyone. Although hunting no longer provides a substantial contribution to the local economy, fishing has remained very important throughout the region.

The Idoma may live in compact villages or in relatively dispersed family homesteads. Political ties exist primarily on the community level with a headman, or chief, who inherits his position along patrilineal lines. Royal succession among the Idoma often alternates between two patrilineal lines, to some extent weakening the power of the ruler. The chief usually consults a council of elders before making any important decisions. In the past, age-grade societies and the related masking traditions contributed to social control.

Idoma religion focuses on honoring lineage ancestors. Funeral ceremonies among the Idoma are often quite dramatic, with greater attention afforded to members of the community who have reached a combination of advanced age and prestige. Extensive funerals are held for both women and men in preparation for sending them on their final journey away from the village to the spirit world across the river. A memorial service, or second burial, is held for the deceased some time after the original burial in order to ensure that the dead pass on to the ancestor world in proper style.

With the advent of Christianity, Islam, and other foreign religions, the traditional belief systems of most ethnic groups in the country has been influenced by western practices. However, a majority of the Idoma people still believe strongly in the Alekwu, which is seen as the ancestral spirits- a link between the living and the dead. They host an annual ‘Aje Alekwu’ festival where traditional religious practitioners commune and make sacrifices in the worship of their ancestors across the land. The Idomas have a strong attachment to the Alekwu-spirit of the ancestors which is believed to stand as an invisible watchdog of the family and communities while checkmating vices like adultery, theft and murder.

The traditional colours of the Idoma people are red and black stripes. This has only been around since the 1980s to foster a distinct Idoma identity.

The most famous traditional dance of the Idoma people is known as Ogirinya dance. It is a highly energetic dance that requires jumping (at regular intervals) on the toes in short period of time. A video of the Ogirinya dance can be viewed on YouTube. Dancers putting on the Idoma attire (traditional colours) can be seen in both links.

The Idoma people are known for their love of food, as there is an annual food festival in Benue State to celebrate women and the various traditional cuisines. Most popular among their delicacies is the Okoho soup which is made with the peculiar Okoho plant, bush meat and many other ingredients.

While the marriage rites and customs of the Idoma people is not unlike that of the Igbos and some other south-eastern cultures, there are specific aspects that clearly distinguish their tradition. In some Idoma subcultures, the groom and his family have to present the bride with a rooster and some money on the marriage day after the bride price has already been paid. If she accepts, it is a sign of approval and disinterest if she rejects the gift. While there are no certain reasons to justify the need for a rooster, it remains an interesting part of the ceremony.

Idoma art in Western collections primarily consists of wooden masks which are used at funerals and for social control and of anthropomorphic wooden figures that may often be quite large. 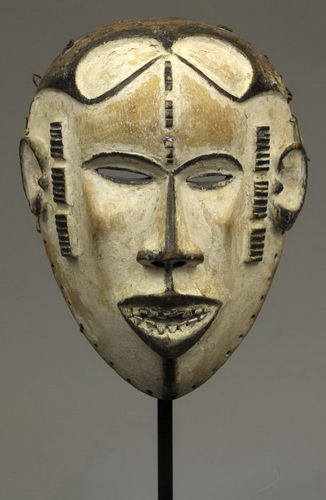 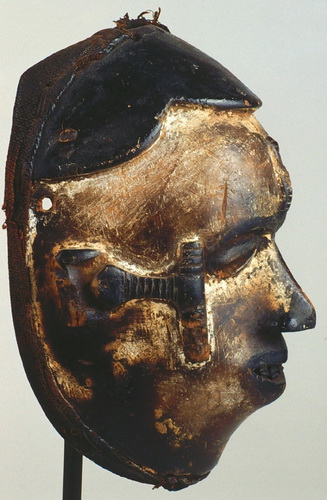