Dodoma: Where the Elephant Sank

Dodoma (Tanzania, United Republic of) became a name before it became a town. There are different stories about how it happened. One story is that some Wagogo stole a herd of cattle from their southern neighbours the Wahehe; the Wagogo killed and ate the animals, preserving only the tails, and when the Wahehe came looking for the lost herd all they found were the tails sticking out of a patch of swampy ground. ''Look'', said the Wagogo, ''Your cattle have sunk in the mud, Idodomya''. Dodoma in chigogo means ''it has sunk''. There is yet another story which is most commonly accepted on the name Dodoma. An elephant came to drink at the nearby Kikuyu stream (so named after the Mikuyu fig trees growing on its banks) and got stuck in the mud. Some local people who saw it exclaimed ''Idodomya'' and from that time on the place became known as Idodomya, the place where it sank.
Wago 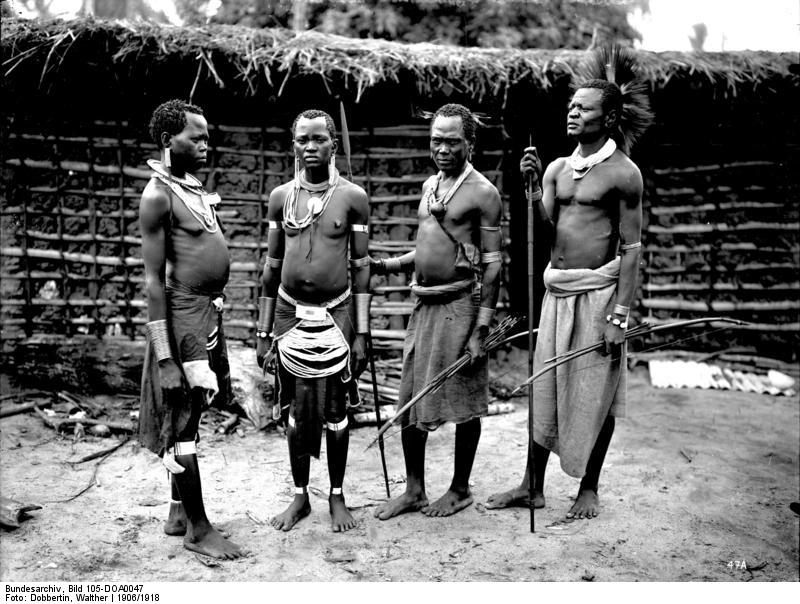 Wagogo people speak   Cigogo language which belongs to the eastern group of Bantu languages. Wagogo keep their Cigogo language strong within the family, even as they are now speaking Kiswahili, the official national language of Tanzania which is utilized in telecommunications, trade and commerce.

Wagogo are indigenous Bantu people of Dodoma with half of their ruling group coming from Uhehe branch of Unyamwesi. They have always been where they are and have seen many tribes and adventurers passing through their Ugogo (land of Wagogo).
Their name was invented sometime in the 19th century by the Nyamwezi ethnic group caravans passing through the area while it was still frontier territory. Richard Francis Burton claimed a very small population for it, saying only that a person could walk for two weeks and find only scattered Tembes.

There was and remains the problem of inadequate rain for crops and humans, the rainy season being short and erratic with frequent drought. In the 18th century the Wagogo were mostly pioneer colonists from Unyamwesi and Uhehe, and are often confused with the Sandawe and the Kaguru. Half the ruling group came from Uhehe. They had a long tradition of hunting and gathering, allowing the Wanyamwezi to carry the ivory to the coast, but had become agriculturalists with cattle by 1890. They continued, however, to have a low regard for working the land and are said to have treated their agricultural slaves badly.

The Wagogo experienced famine in 1881, 1885, and 1888–89 (just before Stokes' caravan arrived) and then again in 1894–95, and 1913–14. The main reason for the exceptional series of famines in Ugogo was its unreliable rainfall and the ensuing series of droughts. In his book In Darkest Africa Henry M. Stanley, while "rescuing" Emin Pasha in order to bring him to the coast, writes,

"On the 26th we entered Muhalala, and on the 8th of November we had passed through Ugogo. There is no country in Africa that has excited greater interest in me than this. It is a ferment of trouble and distraction, and a rat's nest of petty annoyances that beset travelers from day to day while in it. No natives know so well how to aggrieve and be unpleasant to travelers. One would think there was a school somewhere in Ugogo to teach low cunning and vicious malice to the chiefs, who are masters in foxy-craft. Nineteen years ago I looked at this land and people with desiring eyes. I saw in it a field worth some effort to reclaim. In six months I felt sure Ugogo could be made lovely and orderly, a blessing to the inhabitants and to strangers, without any great expense or trouble. It would become a pleasant highway of human intercourse with far-away peoples, productive of wealth to the natives, and a comfort to caravans. I learned on arrival in Ugogo that I was forever debarred from the hope. It is to be the destiny of the Germans to carry out this work, and I envy them. It is the worst news of all that I shall never be able to drain this cesspool of iniquitous passion, extinguish the insolence of Wagogo chiefs, and make the land clean, healthy, and even beautiful of view. While my best wishes will accompany German efforts, my mind is clouded with a doubt that it will ever will be that fair land of rest and welcome I had dreamed of making it."

The Wagogo are considered to be "sedentary but mobile cultivators" who subsist on cereals, but whose value system is paradoxically almost entirely orientated towards pastoralism, especially cattle-keeping. There are two seasons, cifuku (the rainy season) and cibahu (the dry season).

Their current mixed economy, is now of agriculture and herding, but most heavily depended on grain from agriculture. Traditionally, cultivation work parties of about twenty men and women were held from January through March, and lasted all day with a beer party at the end. People came from an area less than five miles; mostly they were close neighbors. Generally, however, agricultural cultivation played a secondary role to the livestock cycle.
Since grain can be extensively damaged by birds, bush pigs, wart hogs, and baboons, men and boys have the responsibility of protecting the fields, even at night. Several medicinal and supernatural methods were also used for protecting fields against wildlife and the evil influence of men.

In traditional agricultural practices, the average Wagogo did not possess a very large herd of cattle. Patterns changed, but it must be remembered that these cattle also belonged to relatives, kin, and clan members.

The traditional staple food was a thick porridge (ugali) made from sorghum or millet flour. It was consumed with a side dish made from green vegetables, meat, or mhopota (churned milk). Milk, which was relatively scarce, especially during the long dry season, was consumed in several different ways. Only on certain occasions was meat consumed; cattle were never deliberately slaughtered for consumption. However, livestock had to be slaughtered during rituals or when the cattle were old, and could be used for such ceremonial feasts as childbirth, weddings, and funerals. Most neighbors shared in this consumption.

Influenced by the Nyamwezi, Maasai, and Hehe, the Wagogo have historically been described as rude, brawling, and boundlessly inquisitive herders, with manners and fierce looks from a rough, raw way of life, physically intermixed with slaves from the west.

They had a truly miserable reputation among Europeans traveling through Ugogo, being considered suspicious, deceitful liars, insolent and cowardly. Emin Pasha, writing to his sister, reported, "We are now on the boundary of Ugogo, a country notorious for its winds, dust, scarcity of water and the impudence of its inhabitants". (He makes no mention of using the death of an Askari as an excuse to destroy nineteen villages and looting some 2,000 cattle.)

Wagogo clans moved around a good deal, dropping ties to older groupings, adopting new links and family, new clan names, things to avoid, affiliations, and new ritual functions. The Gogo, in short, became different from what they were before.

While early European writers emphasized the political chiefs of the Wagogo, calling them 'Sultans' as was customary on the coast, and stressed their collection of the very profitable taxes (hongo), on scarce food and water, it was really the ritual leaders who influenced the entire country. They controlled rainmaking and fertility, medicines to protect against natural disasters or hazards, and prevented certain resources from being overly used. They were not to leave their "country," they were to be rich in cattle, decided on circumcision and initiation ceremonies, give supernatural protection for all undertakings and be arbitrators in homicide, witchcraft accusations, and serious assault.

The Wagogo placed considerable value on neighborliness. After having his physical needs met, a strange traveler would be accompanied many miles by the young men of a homestead in order to place him safely on his way. The homestead group was so fundamental to Gogo society that people who had died peculiarly, (struck down by lighting or a contagious disease) were thrown into the bush or the trunk of a baobab tree, for such a person had no homestead and could become an "evil spirit" who associated with sorcerers or witches.

Most brothers went to great lengths to assist their sisters, who often lived with their brothers in sickness until they recovered, for brothers have strong moral and legal obligations to fulfill these duties in cooperation with their sisters' husbands. Even later in life, sisters and brothers continue to visit each other, a wife never being fully incorporated into her husband's group.

While the majority of Wagogo have only one wife at any given time, most found polygyny to be highly valued and carrying a high priority. It was the prerogative of older, well-established men. A reasonably prosperous man could hope to have two and sometimes three wives, and sometimes together.
Most marriages took place within a day's walking distance after agreement is reached on the number of livestock to be included in the bridewealth, only then is the transfer made. Even a hundred years later, bridewealth is still normally given entirely in livestock and a high proportion of court cases involve the giving or return of bridewealth. The divorce rate in Ugogo was very low, for few marriages ended in divorce. Even after divorce, all children born during the marriage belonged to the ex-husband, "where the cattle came from." "If you go somewhere and marry the child of others, then all your wife's relatives become your relatives, because you have married the child, and so you will love even them.("From Rigby's book Cattle and Kinship") Lovers of married women could never, however, claim their offspring. If a husband had given bridewealth for his wife who was pregnant before he married her, he must still accept paternity of the child.

Defense against the Kisongo, Maasai, and Wahehe was organized and based on age groups of warriors, much as the Maasai. This "military" organization was mostly used for local defense, although it could be used for cattle raids against others. When an alarm was sounded all able-bodied men were to take up arms and run towards the call (this did not always work smoothly).