The Galoa people, who are also known as the Galwa, are an ethnic group who speak a Myéné language and live today in Ogooué-Maritime Prov- ince in western Gabon.

Before they arrived at their present location in the nine- teenth century, the Galoas Iived around Lakes Onangué. Ezanga, and Oguemoue and downstream along the Ogooué. During much of the nineteenth century, they fell under the rule of the Enengas,* not really gaining their independence until the 1870s. They subsequently cooperated closely with British,* Germán,* and French* trading firms in the area. Not surprisingly, Galoa land became the stag- ing area for European penetration of the Ogooué Rivcr Valley in the 1870s and 1880s. The Galoas flocked to Protestant and Catholic missionary schools, con­verted to various Christian sects, and became extremely influential in Gabonese commercial and administrative life, even though their contemporary population numbers only several thousand people.

The Galoa people settled in the lakes area, near the Atlantic shore, and carved rectangular masks bearing triangular motifs designed with pigments. These masks are worn during important ceremonies such as the death of a prominent chief or the birth of twins. Through the power and authority believed to be inherent in them, the bearer of the mask can regulate the social life of the Galoa villagers. 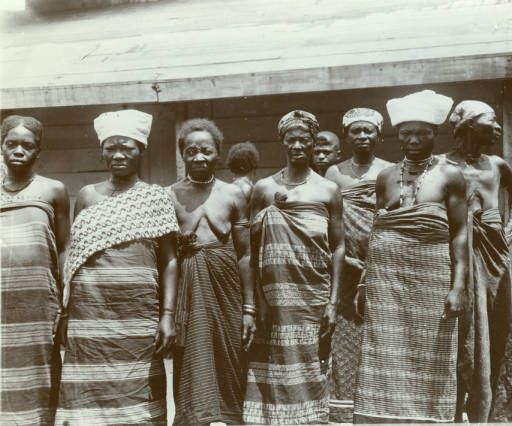