The Egun people are an ethnic group located majorly in Badagry, Lagos and some parts of Ogun state (SouthWest Nigeria). The people account for about 15 percent of the indigenous population of Lagos state. The Eguns who live in Lagos state are majorly in Badagry, a coastal town situated between the city of Lagos, and the border with Benin at Seme.

The Egun people are also referred to as Ogu. They are also found in neighboring West African countries, notably the Republic of Benin and Togo.

Oral history puts it that the people were settlers in the Old Dahomey, presently known as the Republic of Benin. They are descendants of those who migrated from Whydah, Allada and Weme, which are now part of the Republic of Benin. This is as a result of the Dahomean war that occurred during the 18th century. The people were said to have migrated to Badagry as early as the 15th century due to the need for security. Badagry served as the auction point for slaves captured during the inter-village warfare.

The Ogu people were settlers in the old Dahomey presently known as Republic of Benin. Oral history has it that the Ogu people are a descendant of those who migrated from Whydah, Allada and Weme which are now part of the Republic of Benin as a result of the Dahomean War that occurred during the 18th century. According to Mesawaku, a historian; the Ogu people migrated to Badagry as early as the 15th century due to the need for security.

The Ogu people are found in Badagry and in the Yewa and Ipokia region of Ogun State. They are also located in some parts of the Republic of Benin. Since their environment is surrounded by water, majority of Ogu people are into fishing, coconut processing and salt production while some are involved in trading and farming. The people of Ogu strongly believe in their traditions despite most of them being followers of other religions, they are seen worshipping a deity called Zangbeto. (A Nightman).

The Ogu people share similarities with the Yorubas owing to the fact that during the 17-18th the Dahomey Empire was under the Oyo Empire rule, thus the strengthen relationship between both tribes.

Although the people belong to the Yoruba tribe of Southwest Nigeria, they speak a distinct language from the main Yoruba spoken in its land. They have varieties of dialects which include Thevi, Xwela, Seto and Toli. Gun is the main language spoken by the indigenes.

Common native food to the Egun includes pap (locally called Ekor) and stew, Benin red sauce, peanut sauce, and vegetable soup. They also have similar kind of food with the Yorubas, which include eba, semo, fufu, amala among others. Some dishes are prepared specially for festivities and ceremonies. Jollof rice and fried rice are also very common.

The people of Egun have an established monarchical institution. They call their traditional rulers Akran. This has its root from its historical migration from ketu kingdom in the 15th century. From the previous De Wheno Aholu Akran Gbafoe down to the present De Wheno Aholu Akran Menu Toyi I, the stool has produced 17 Akrans.

The town is divided into eight quarters. Each quarter is manned by each of the seven white cap chiefs while the eight quarter, from where the De Wheno Aholu comes from, is administered directly by the crown.

The Egun people could be regarded as those who held the cradle of western civilization because of the introduction of Christianity to Badagry in 1842. This birthed the establishment of the first known school for western education in the country in 1843; a primary school established by the Wesleyan mission (Methodist Church) named ‘Nursery of Infant Church’. The school later became St. Thomas’ Anglican Nursery and Primary School founded by Rev. Golmer of the Church Missionary Society (CMS) in 1845, inside the first storey building in Badagry.

The first secondary school was built for the people in Badagry over one hundred years later and was called Badagry Grammar School but in 1955 due to misunderstanding the natives chased away the missionaries unceremoniously.

This contributes significantly to the economy and nutrition of the Egun people, with buyers coming from Lagos metropolis and Yoruba hinterland.

In view of the economic importance of fishing, the state government established fish farms in the area and a fishermen training school at Yovogan Badagry.

The Egun people are warm and welcome lots of tourists to their land with unforgettable history. This people have tried also to preserve their history and culture. Their land is a place to visit.

What other interesting culture and history do you know of? Please share the story with us in the comment section. 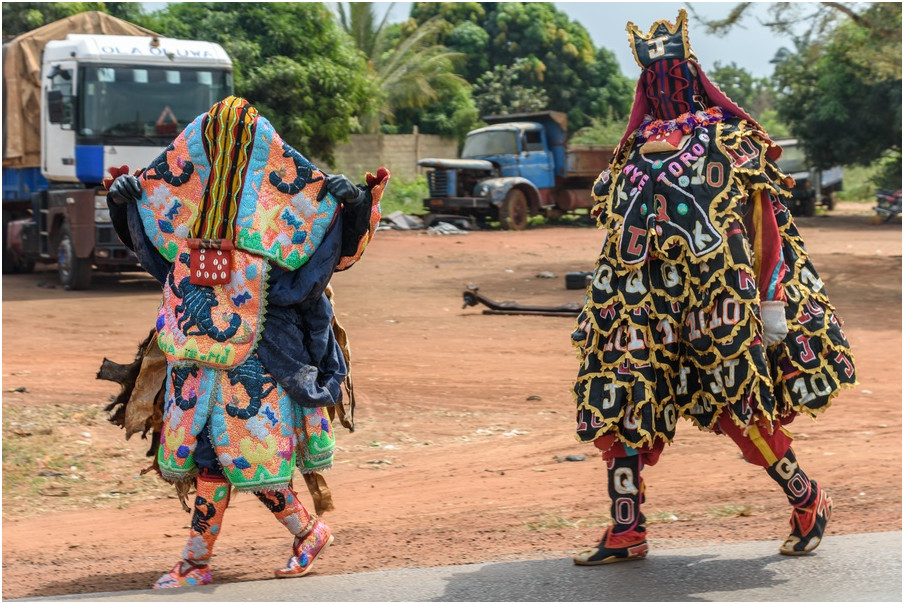