Numbering a little over 20,00 people, the Dongotono inhabit the upper reaches of north-western slopes of the Dongotono massif, south of Torit town, eastern Equatoria. They consist of large and densely populated villages. Their important settlements are Chakari, Ikotos, Isoki, Bira and others. The Dongotono live in dense settlements (villages) a mode that, unlike in other communities, prompts construction of urinals inside the village.

The physical environment is dominated by large outcrops of metamorphic rocks adjoined by flat-lying to gentle sloping plains. The rainfall regime is tropical and supports vegetation typical of mountainous terrain and subsistence agriculture of the Dongotono. The main crops are: sorghum, groundnuts, simsim, telebun, dukn and sweet potatoes. The Dongotono keep large herds of cattle, sheep and goats. 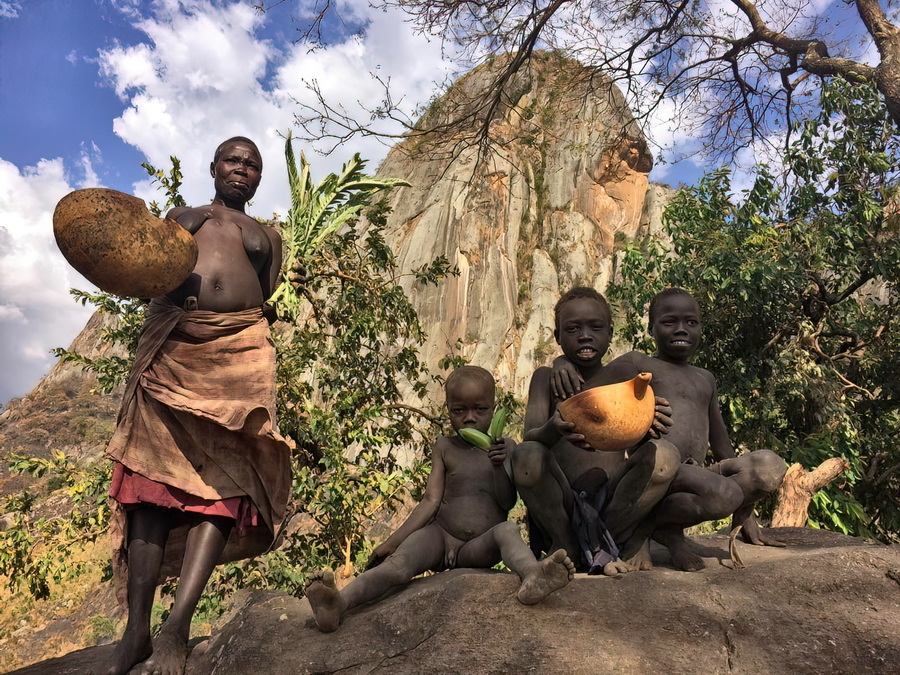 The Dongotono are closely related to the Lango and Logir, and like other Lotuka speaking people of the east bank Equatoria they must have arrived at the present location with the great migration in the 19th century.

The Dongotono resemble the Lotuka and Lango in many aspects of their social organisation. The society is organised into exogamous agnatic clans, some of whom relate to animals (leopard, bush-buck, monkey, elephant, crocodile, etc.) and lightning, to which they are assumed to transform into when they die.

Like the Lotuka whom they neighbour and with whom they share a lot, the Dongotono have age-classes but do not perform the ‘new fire’ ceremony. Their initiates are secluded in the forest feeding on forest food for 5 days at the end of which, they return to feast on slaughtered but un-skinned roasted goat meat, marked by serving as servants of the senior age-class.

The importance of age-class lies in warfare, cattle raids and other social events. It is also linked to certain traits and etiquette. The Dongotono revere the Sawa/Asawa, a sacred grove in the Dongotono massif where together with the Logir, perform annual rain rituals. 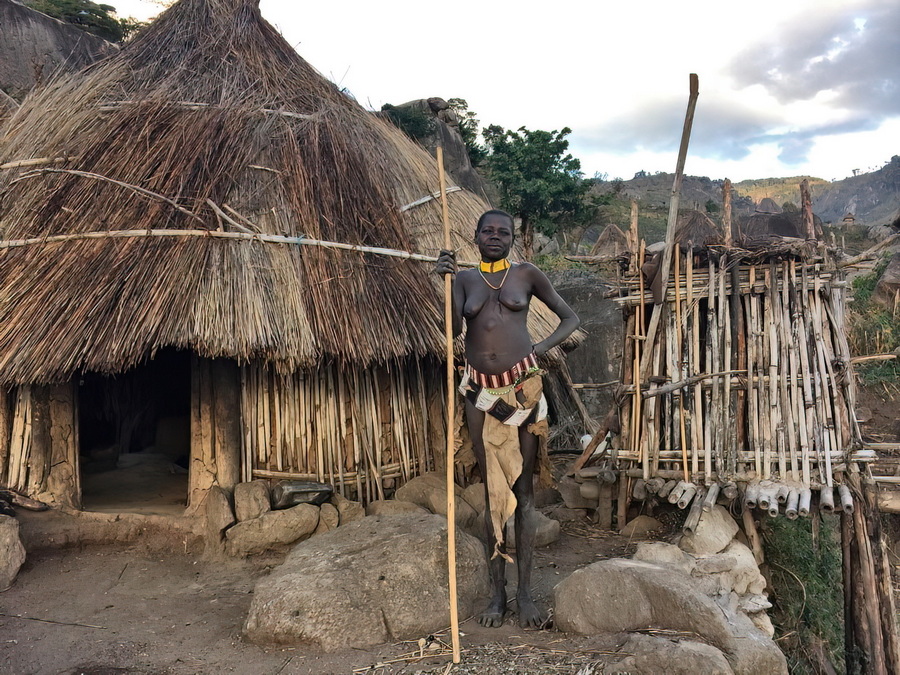 Marriage traditions/ regulations and transfer of bride-wealth are similar to Lotuka customs. Marriage is accompanied by festivities and other celebrations. A Dongotono man by tradition makes no advances on wives of his age-class lest that invites death on the part of the culprit. Women and youth before initiation are not allowed to milk cows.

The Dongotono bury their dead outside the hut but like other neighbouring communities but have a practice of exhuming the corpse or the bones of the dead in anticipation of one’s transformation into the clan animal or in some healing rituals.

When a man becomes sick for instance, his father’s grave is opened up and he is made to squat in it, a sheep is killed so that blood and stomach contents are spill over his body and on the skull.

Traditionally, the Dongotono have the rain chiefs as the most celebrated personality who performed both spiritual as well as administrative functions. The position is hereditary. No one can be a really efficient rain-maker and not descended from rain-makers on both sides.

In addition to the rain makers, there are government chiefs, elders and clan chiefs. The Dongotono like other smaller communities have lately began to practice ''monyomiji'' ruling age-class.

The Dongotono believe in spirits (soul) that transform into the clan’s animal when the body dies. They believe that magicians, mediums and fortune tellers can change one’s misfortune through some witchcraft and magic.

Like the other agro-pastoral communities in the area, the Dongotono culture borrows from the Lotuka. It is essentially oral transmitted in songs, dance, folklore and music. Most of their arts and musical instruments are similar to those of the Lango and Lotuka.

Neighbours and Foreign Relation and Co-operation

The Dongotono neighbour the Logir to the east, Lotuka to the north, Lango to the south and the Imatong to the west. Except for the Lotuka, who tend to dominate the region, the Dongotono have good relations with the Logir and Lango.

The Dongotono have always remained isolated in the hills. The most spectacular development in recent times is the long running civil war which drew in the Dongotono and has made arms trafficking together with cattle rustling, a dominant feature in the lives of the people.

A few members of the community have managed to leave the area. They are found as refugees in Uganda and northern Kenya.