The Bassari people are an African people living in Senegal, Ghana, Gambia, Guinea and Guinea-Bissau. The total population is between 10,000 and 30,000. Most of the Bassari are concentrated on either side of the Senegal-Guinea border southwest of Kedougou, Kédougou Region. This areas is referred to in French as Pays Bassari, or liyan in the Bassari language.

The Bassari speak a Tenda language, o-niyan. They refer to themselves as a-liyan, pl. bi-liyan. Most of the group are animists, with a significant minority of Christians (both Catholic and Protestant). Very few Bassari are Muslims. They have close relations with the Fula people centered locally in the nearby hills of the Fouta Djallon.

The Bassari are subsistence farmers for the most part, growing rice, millet, earth-peas and fonio. They also migrate to the cities and towns of Senegal and Guinea in the dry season in search of wage-labor, using the money they earn to buy household equipment, clothing and other necessary items.

In senegal, the territory inhabited by the Bassari is administratively classified as the Région de Tambacounda, Département de Kédougou, Arrondissement de Salémata.

Since the late 1950s, the Bassari have been migrating to large cities in Senegal, including Kédougou and Tambacounda. Some Bassari people have lived in these cities for a long time.

Bassari people speaks a Tenda language known as Oniyan (Onian, Onëyan, Ayan, Biyan, Wo). It is a Senegambian language which belongs to the larger Niger-Congo language group. Bassari is spoken in Senegal, Guinea, Guinea Bissau and in some parts of the Gambia and Mauritania. 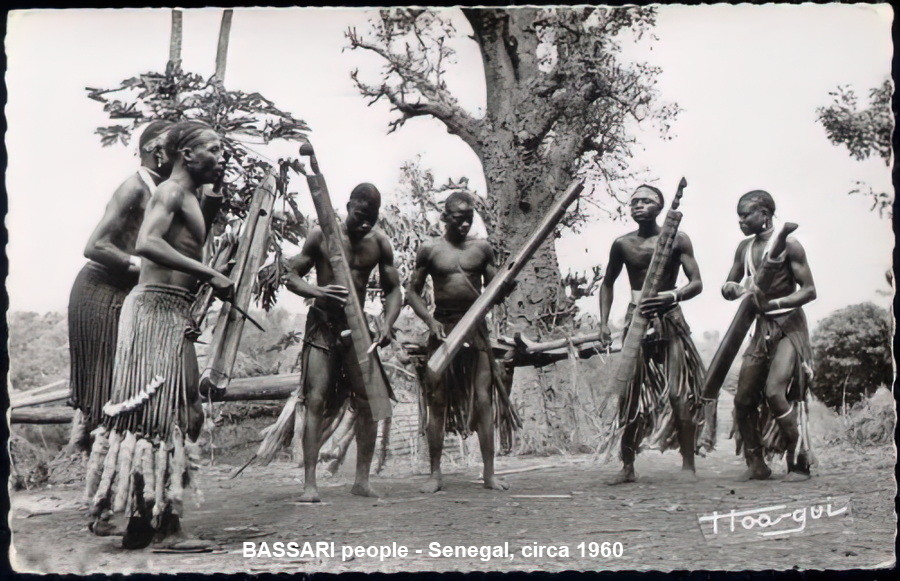 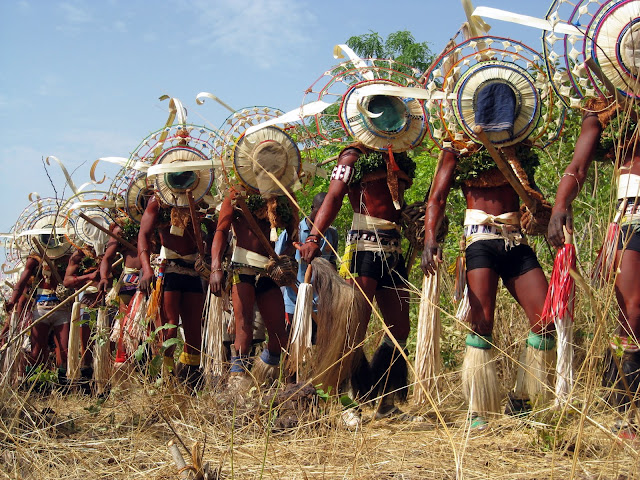 Bassari society is matrilineal, and two words in the Bassari language translate to “matrilineal descent group”: "nung" and "athiran."

In Bassari the word nung derives from a word meaning “stem of a busy yam” (Dioscorea praehensilis). According Bassari people, the morphology of the busy yam, which has only one root but many leaves, resembles a nung.

The word athiran derives from a word meaning “belly.”

Although there may be some regional variation, seven nungs exist in Senegalese Bassari villages: Benjya, Bouban, Bijyar, Bunang, Bangar, Bies, and Biyahanthi. People are automatically affiliated with their mother’s nung after birth, and members of each nung live separately within the Bassari villages. A nung is not an exogamic group. As a group, a nung does not possess any property, such as land, but some nungs do play a specific role in society. In edane, the village chief is selected from the Bijyar men. Onuma, who are responsible for age-grade activities, are selected from the Bunang men, while the leader of the initiation society is selected from Buban men.
The Bunang are special among the nungs. Although historical evidence is lacking,the Bunang are considered the oldest nung. People say that the Bunang own all Bassari land. some also fear the Bunang, who they believe possess supernatural powers. Non-Bunang people are unwilling to marry a Bunang. People also say that speaking evil of, or initiating a fight with, Bunang people is uncommon.

Note that only the Bunang nung have these characteristics, not the other nungs. in other words, the Bunang are unique among the nungs. Differentiating the other nungs is more difficult because their differences are not so clear. For example, the Bies and the Buban seem different only in name. 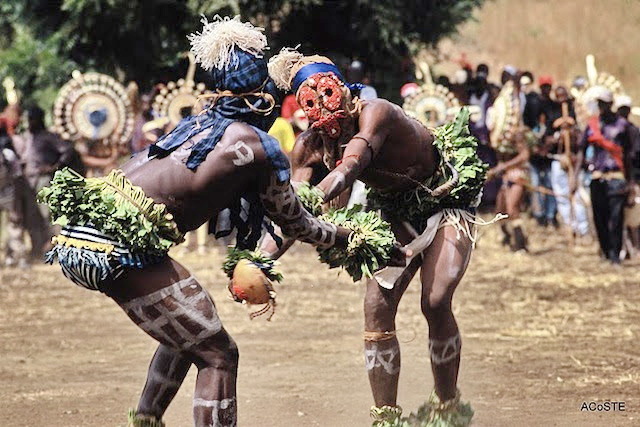