The Bassa people are from Egypt in the 6th Century b.c. who later migrated to and lived in coastal West Africa and other parts including Liberia, Sierra Leone, Togo and Nigeria, Senegal while others settled in central African region of Cameroon and Congo. Geographically separated groups evolved their separate culture, language and society. The Bassa people are related to the Basari people of Togo and Senegal, the Bassa-Mpoku people in Congo regions, the Bassa people of Cameroon.

The linguistic evidence and oral traditions of these geographically diverse, small yet significant group suggests that their name Bassa may be related to Bassa Sooh Nyombe which means "Father Stone's people". Early European traders had trouble pronouncing the entire phrase, and the shorter form Bassa has been used in Western literature ever since. 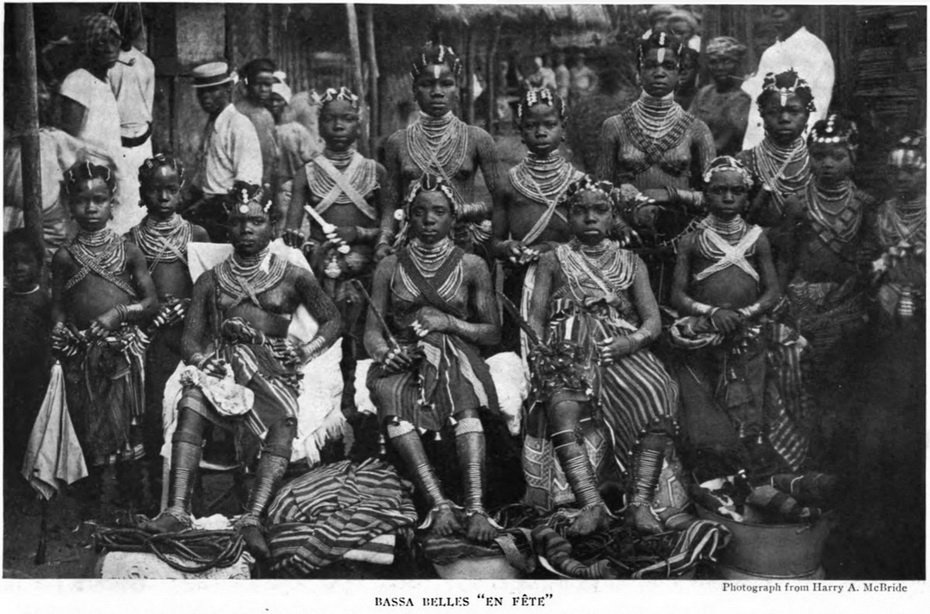 The traditional religion of the Bassa people has a moral and ethical foundation, one that reveres ancestors and supernatural spirits. Christianity arrived among the Bassa people during the colonial era, and the first Bible was translated into Bassa language in 1922. The adoption process fused the idea of Christian God with their traditional idea of a Supreme Being and powerful first ancestor who is merciful and revengeful, rewarding the good and punishing the bad. The traditional religion has included secret rites of passage for men and women, such as the Sande society.

Numerous missionaries from different denominations of Christianity have been active among the Bassa people during the 20th century. These has led to many Bassa independent churches from Europe, North America, Africa and Evangelical movements. In contemporary times, the Bassa people predominantly practice Christianity, but they have retained elements of their traditional religion.

The Bassa people are traditionally settled farmers who grow yam, cassava, eddoes and plantain. They are a lineage-linked independent clans who live in villages, each with a chief.