The Bamum are also one of the first peoples in Africa to develop a writing system under the auspices of King Njoya at the end of the 19th century. Njoya was able to maintain his status as a ruler under German indirect colonial rule but was forced into exile when the French took over in 1916. The kingship has since been restored. 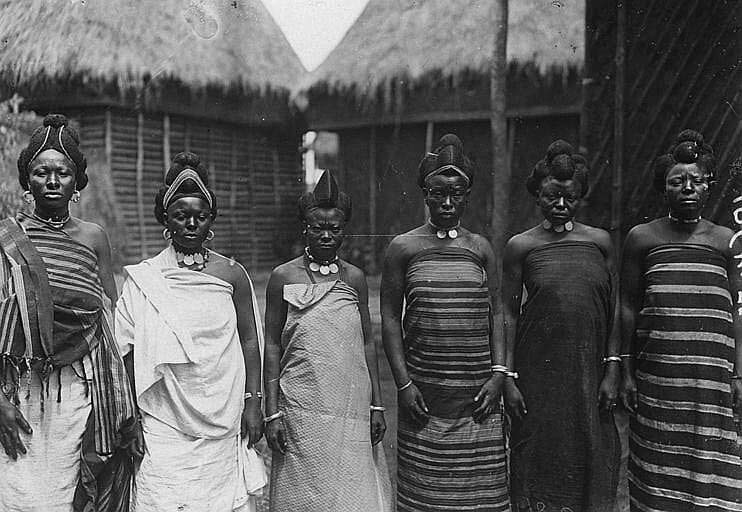 The 16th mfon, Njoya (reigned c. 1895–1923), became the most celebrated of all the Bamum kings. Familiar with writing in Arabic script from his contact with the Fulani and Hausa peoples, Njoya in about 1895 invented a system of writing with 510 pictographic characters. 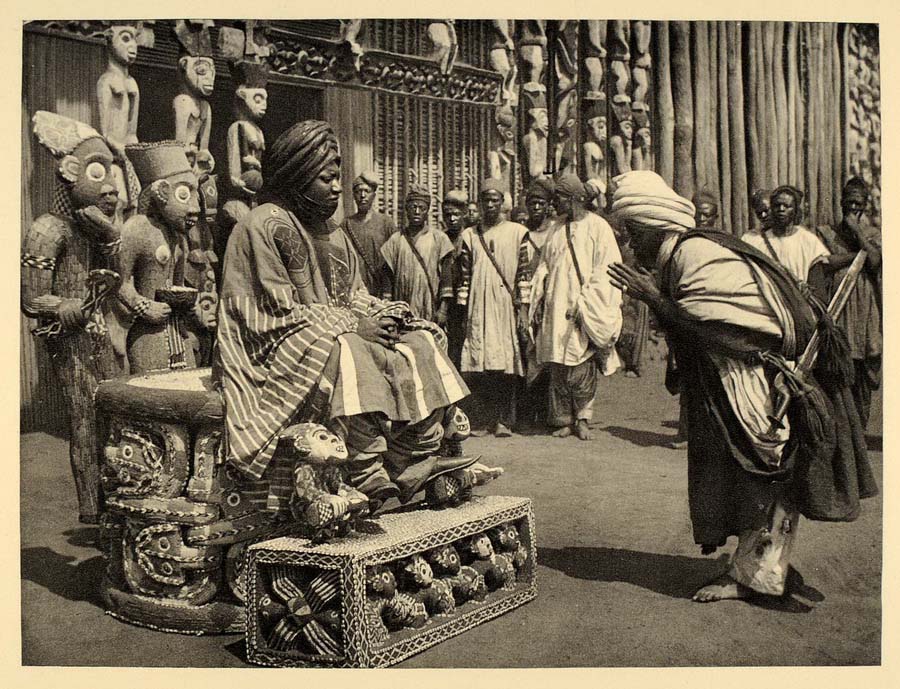 This he revised six times, the seventh system being a syllabary of 83 characters plus 10 numerals. With the help of his scribes Njoya prepared a book on the history and customs of the Bamum, which has been published in a French translation. He also had made a map of his country, a religious book, and a book on medicine and local pharmacopoeia. In 1912 he established the first of 47 schools to teach the Bamum reading and writing in his sixth script, and in 1913 he commissioned a member of his court to prepare a printing press using it. In 1920, annoyed by his troubles with the French colonial administration that was to depose him in 1923, Njoya destroyed the type, which had been cast by the lost-wax method, and closed his schools. Njoya was converted to Islām in 1918, and it is estimated that more than half of the Bamum have become Muslims.

Njoya built a beautiful new palace, established what was in effect a museum, and was a patron of beadworkers, brass casters, weavers, dyers, and other craftsmen. His palace contained 300 looms and six dye pits with different colours, some of the dyes for which Njoya himself discovered. The arts flourished under his royal patronage

The region played an important part in trade routes connecting with the seaport of Douala in the south and with Fulani and Hausa traders in the north. All of the people in this area are historically farmers who grow maize, yams, and peanuts as staple crops. They also raise some livestock, including chickens and goats, which play an important role in daily sustenance. Women, who are believed to make the soil more fruitful, are responsible for the tasks of planting and harvesting the crops. Men are responsible for clearing the fields for planting and practice some nominal hunting. Specific economic enterprises are dictated by the particular microenvironments of individual ethnic groups.

All of the peoples who make up the Cameroon Grasslands culture area pay allegiance to the Fon (king). Each village is governed by a leader who is selected by his predecessor and who is usually the head of the dominant lineage within that community. Each Fon is served by a council of elders who advise him on all important decisions and who also play an important role in the selection of the next Fon. The Fon serves for a lifetime, abdicating the throne or stool only when nearing death. Complex age-grade societies also help to structure the community. Among the Bamum, the role of the Fon is heightened above what is standard for the Grasslands region.

The Bamum traditional religion placed great emphasis on ancestral spirits which were embodied in the skulls of the deceased ancestors. The eldest males of each lineage had possession of the skulls of deceased males. When moving a diviner must find an appropriate place to hold the skull. Despite these efforts some men's skulls remained unclaimed and their spirits are deemed restless. Ceremonies are thus done to placate these spirits. There is also respect for female skulls, but the details are less documented.

They also believed women made the soil fruitful, thus women did the planting and harvesting. Masks and representations of the head also had importance. In modern times, many Bamum are Muslim or Christian. King Ibrahim Njoya himself converted to Islam then to Christianity and then back to Islam after the Treaty of Versailles. He is said to have disliked abstaining from polygamy when Christian, and from alcohol when Muslim, so ultimately split the difference toward the end. 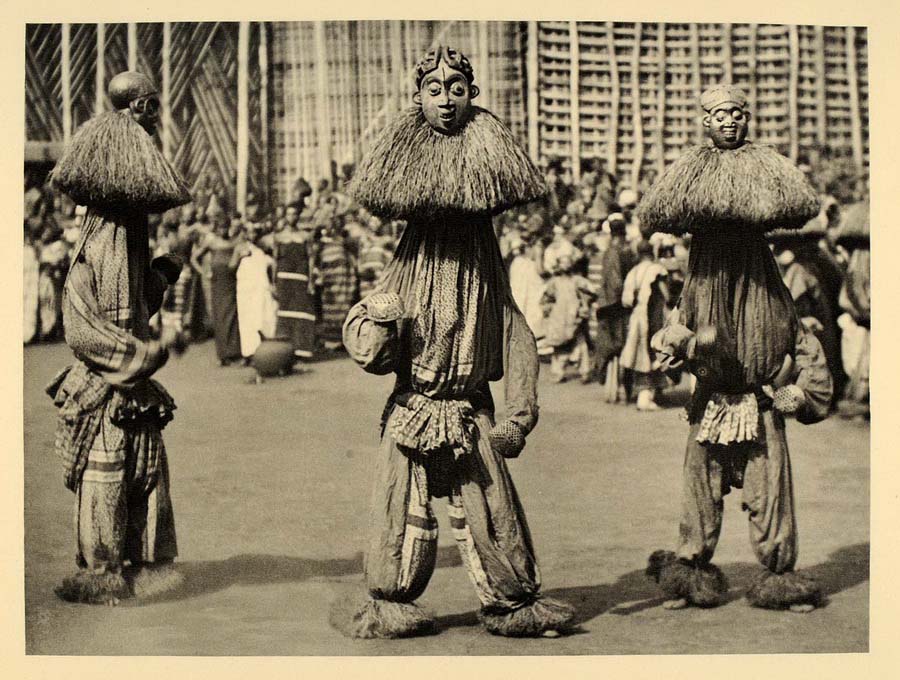 Nguon is a significant holiday for the Bamoun people. Recently, Ngoun has taken place every two years in late November-early December.

Recognizing the importance of the skull, representations of the head are found in nearly all decorated utilitarian items. Masks used in initiation and for education purposes are common. Statuary often represents the Fon (king), and many types of beaded objects are related to his investiture. 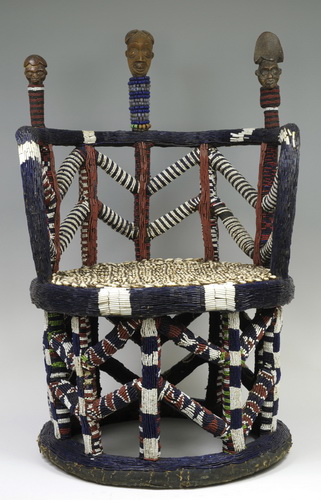 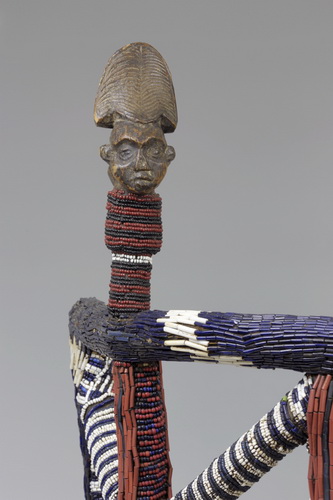